We had a grueling start, but fortunately the trip is improving!

Day 1:  After weeks of route planning, bike preparation, and excitement, we headed out the door promptly at 9am for our first day of riding.  It took a bit longer to get out the door than we expected, but we were “off like a herd of tortoises” after getting up at 6am for the final departure checks.  We only slept 3 hours, but it was the first day of our new adventure!  We were ready!!!

The first 174 miles were uneventful.  The new Sena 20s were awesome, we had extra room on the bikes so everything packed in very nicely.  Without camping gear, we didn’t need the extra backpacks, and we still had space in the side bags so we could lock up our riding gear while we are out exploring.  Perfect!!

Mile 175.  It wasn’t as enjoyable as the first 174.  We were ready for lunch, it was nearly 98′ and as we crossed into Iowa, my oil light came on.  Immediately after seeing the light, my foot felt extraordinarily warm from the hot oil that pumped all over my boot.  My new boots.  The ones that I got on Wednesday.  GRRRRR!  I pulled over, shut down the bike, and Shawn quickly realized that the same oil line that came disconnected a few years ago when a simple clip broke, was now unserviceable.  The steel fitting was loose & wobbling in the aluminum oil pump housing.  With just a partial, turn it fell out of the housing and aluminum threads were dangling in the opening.  There wasn’t any fixing it.  Besides the frustration of this terrible incident, the uncertainty of the rest of the ride, and the fact that we were now sitting on I29 in sweltering heat, it is something that should not have happened.  The dealership just had my bike for 62 days looking for an oil issue….  I’ll save that frustrating story for another blog.

So, back to the HOT & miserable roadside.  We took a brief 30 minutes to grab Wendy’s for lunch, and we spent 2 hours in the heat.  The tow truck driver finally arrived about 2 1/2 hours later.  He took me back to KC and Shawn followed on his bike.  We arrived home at 6:45pm.

I was not happy with my choices.  I’m thankful to have choices –  ride 2 up, ride a different Buell, call Daddy & borrow one of his, cancel or postpone the trip……  But I didn’t like any of them.  I shed a few tears, then decided that I didn’t want to cancel the trip.  Shawn went to work getting his Buell Lightening ready for me to ride.  It is NOT a touring bike.  It’s small, rides rougher, and is generally uncomfortable after a few hours.  Shawn swapped the tires & wheels, put a new belt on the bike and finished the other maintenance items.  I repacked the luggage into the soft bags, which are much smaller, not water proof & not secure.

I’m glad I married someone so resourceful.  Our vacation was at risk!  At 9:30pm we rolled out of the driveway for the second time.  We made it to the west side of Omaha before pulling into the hotel around 12:45am.  Yawn.  Morning came early after just 4 hours of sleep, we needed to get on the road so we could make it to Minot, ND. 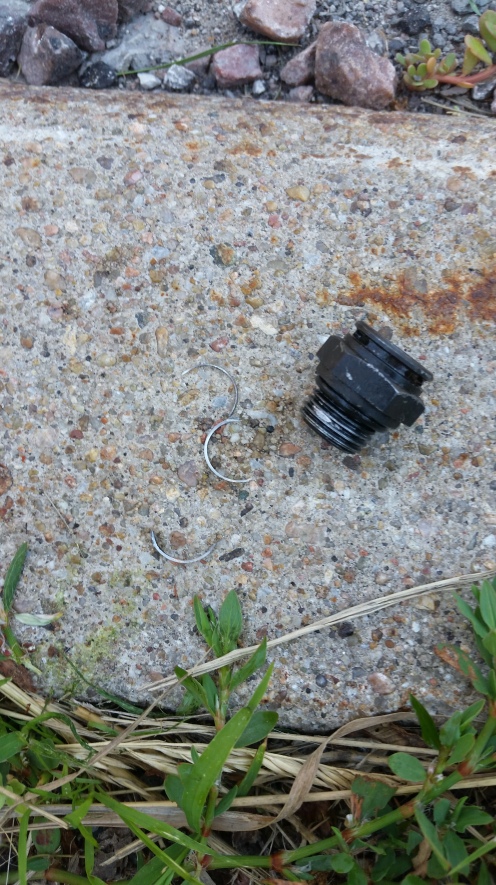 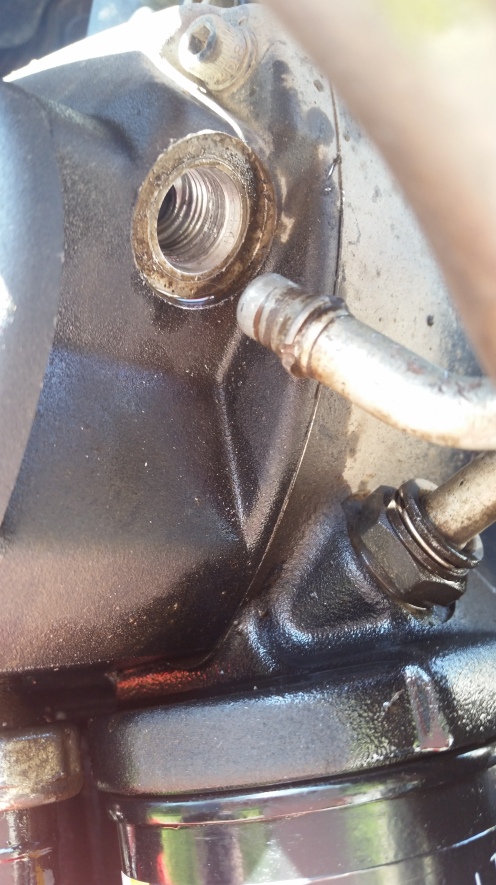